Karadaiyan Nonbu | Celebration Procedure, Why and how to do pooja 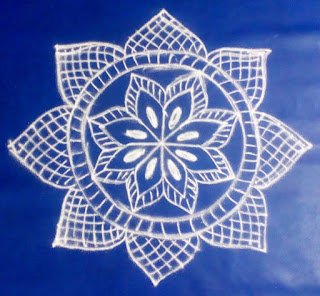 Karadaiyan nonbu is a Hindu festival celebrated mainly by Brahmin community among married women. But unmarried also observe fasting if they desire.

When is Karadaiyan nonbu observered?

Karadaiyan Nonbu is observed when the Tamil month of Masi ends & month of Panguni begins in Tamil Calendar.
Planet Sun stays in one rasi in a month & travels 12 rasis in an year (Astrology). Starting from Rasi Aries in the beginning of Tamil new year it reaches the rasi Pisces (மீன ராசி) in the Tamil year end.
Thus from Masi to Panguni. Women both married & unmarried observe this fasting.

What is mean by Nonbu / Nombu?

Nonbu or nombu means observing fast. It is also known as Viratham /vratham / vrat. Women who celebrate this festival observe fasting. They do not eat solid food until pooja is performed and finish their fast after offering to mother Goddess.
Women take head bath, the pooja place and home is cleaned, pooja place decorated with flowers and kolam.
No old food should be consumed. Only one meal can be had with cooked rice. Other meals should be prepared fresh and had, no left overs.
Chantings, slokas are performed as per their family traditions.
When is Karadaiyan nombu 2015?
It is observed from the night of March 14th till 4.30A.M of 15th March  (2015).
It is noted in Tamil calendar as மீன ரவி.
Puja should be performed between 4 to 4.30 A.M on  15th March of this year.

Married women worship Goddess Gowri requesting her to give their husband longer life without leaving them.
Unmarried women would request Goddess to bless them with a husband with noble character & good culture.
They would apply wet turmeric powder in a long thread (two numbers) place it before Goddess Gowri in Pooja room.
Some would offer a sweet &  sour pie  made out of  raw rice floor & nine grains (pulses called நவ தான்யம்).
Check out our daughter's  Karadaiyan nonbu adai recipe and my Daughter in law's video on how to prepare kadadaiyan nombu adai.
After performing the pooja, one should tie one sacred turmeric thread to Goddess Gowri & tie another one around their neck invoking  Goddess Gowri's blessings.
After this married women used to prostrate before their husbands. Then they would say in prayer that I am offering you unmelted butter & one adai to you, my graceful Goddess bless me so that my husband is always united with me and never desert me & prostrate before Goddess.
Karadaiyan nombu slokam / Sloka
"உருகாத வெண்ணெயும், ஓர் அடையும் நோற்று உனக்கு நான்  வைத்தேன், எந்நாளும் என் கணவர் எனை விட்டு நீங்காத அருள் தருவாய்"
என்று  அம்மனை நோக்கி வேண்டி நமஸ்கரிக்கவும். Now take the prasadam (adai) offered to Goddess & eat it ending the fast.