Posted by Learn kolam on April 03, 2015
Srivanchiam is a tiny village situated 16kms from Tiruvarur & 2 kms away from  Achuthamangalam village in Kumbakonam to Nagapattinam bus route via Nannilam town.We shall see about Sri.Vanchinatha Swamy temple  here.Let us see the speciality of this temple.                                                                                                                                                                      Sri.Maha Vishnu was very much desiring to  marry  Goddess Mahalaxmi,done penance in this place,so this is called "Srivanchiam after that. ஸ்ரீயை வாஞ்சித்து (மகாலக்ஷ்மியை அடைய விரும்பி )திருமால் தவம் இருந்த இடம் .                                                                                                       Most famous because of  Deity,holy place & sacred theertha OR sacred tank.                                 Even  undestroyable  during deluge time.Sacred than Kasi .Separate  Sanctum for Deva Yama  who takes away the lives after there life period   decided by their  good or bad deeds in the previous & current  birth. Yama is the guardian of this temple.Yama incurring the  hatred of the people due to his type of duty,felt sad & approached Swamy Thyagaraja of Tiruvarur.He advised him to go to Srivanchiam .  He does penance here.When Vanchinatha swami(Shiva) appeared before him,He got the following boons  from Shiva.He would be the guardian of  that  place(kshetra balagar).People won't   blame him for their end ,(diseases,ageing & accidents took the credit from Yama). He is given the responsibility of carrying Shiva  & His consort Mangalambigai.( வாகனம்) . Yama was also given a special status that devotees coming to worship there ,first worship  Yama  & then God Shiva.             Another  speciality. Ganga Complained to God Shiva that when people come & take a holy dip in her ,she gets all the sins  from them  & how she could drive away all this sins.Shiva advised her to reach Srivanchiam.After leaving her one thousandth of her power there , she  hides here  secretly with remaining 999 power, in a sacred tank called Gupta Ganga.Six places on the banks of River Cauvery  is said to be most sacred & equal to  Varanasi( Kasi).They are   Thiruvengadu,Tiruvaiyaru,Sayavanam,Mayiladuthurai,Tiruvidaimarudur & Srivanchiam.God Shiva is said to have told Parvathi that this place  is " One - sixteenth" more sacred than Kasi.(காசியிலும்  வீசம் அதிகம் ) .In  "gretha yuga " Goddess Magalaxmi leaves  Vishnu in anger & disappears   from him & Vishnu does penance here.All devas also approach Shiva ,who in turn softens  Laxmi's  anger  & unites Her with Vishnu.Surya Deva when attended  Dakshan's  Yagna  who insults Shiva   & his daughter Daksayini ,was punished by Veerabadra as per the instruction of  Shiva.Sun loses all his  shining power  & as per the advice of great saints,does penance here  & regains his lost power . Surya took  holy dip  in theertha here   in the Tamil month of Karthigai on sundays,& he gains  lost power.So bathing here on  Karthigai Sundays will bring you lot of good.         Bhairava is said to be guardian of Kasi Kshetra.He punishes all people for their sins committed during their life period  at least for few minutes before their end.He  is under the direct control of Shiva.He always stands without any dress with a dog in his backside  with teeths coming out from his mouth end in north east corner in Shiva temple. Here he is in a sitting pose  as  Yoga Bairavar  & also without his Dog  Vahana. He remains harmless to the devotees  worshipping  Shiva here.As Yama,Bhairava  all are  softened here, there is no sanctum for Navagrahas.                                                Performing Poojas on  the birth star of  individual said to increase his life period here. Rahu & Kethu have separate identity in temples .Here they are carved out in   a single statue.So this is also a Parikara  sthala  for eliminating Rahu & Kethu dosha. Doing Dharpana in newmoon days would bring you  blessings. Shastiapta poortthi  done here said to bring longer life to the couple.If someone suffers fatal accidents &   if a close relative of  him performs pooja in Yama's sannidhi followed by poojas in  Shiva & Goddess sannidhi would bring immediate relief. This temple  is  praised by Saints Sambandar,Thirunavukkarasar,Sundarar & also by saint Arunagirinathar in their hymns.                       Festivals celebrated here:Aadi pooram ten days including Aadi 18th day,Aavani moolam for Shiva,Navarathri for Gooddes,Eippasi Annabishagam(Cooked white rice is covered over entire Shiva linga &after performing pooja,holy rice is offered to devotees which is considered most sacred among Shiva Worship)  Kandhar shasti for God Muruga 6days ,All 5 sundays in Karthigai month & finally  ends with Sangabishegam(Sacred water kept in 1008 conches after  reciting Mantras praising Shiva is poured over Shiva linga, also another must for all Shiva devotees to witness  in  Karthigai  Monday ). Devotees  who  come here  should first sprinkle  holy water on their head( Taking a full bath is good),Worship  Vinayaga,then  worship in Yama sanctum, & then Lord Shiva. Goddess Durga is also most powerful deity here. This temple is one of the biggest in size wise in Thanjavur district(558 feet in length &320 feet in width covering 5 acres of land.  Raja  Gopuram (Main temple Tower ) is with  5 tier & is 110 feet tall. There are 17 stone inscriptions of earlier Kings in between 10-17 A.D .Try to worship in this temple   at least once  in your life time. Thanks to Hr&ce. 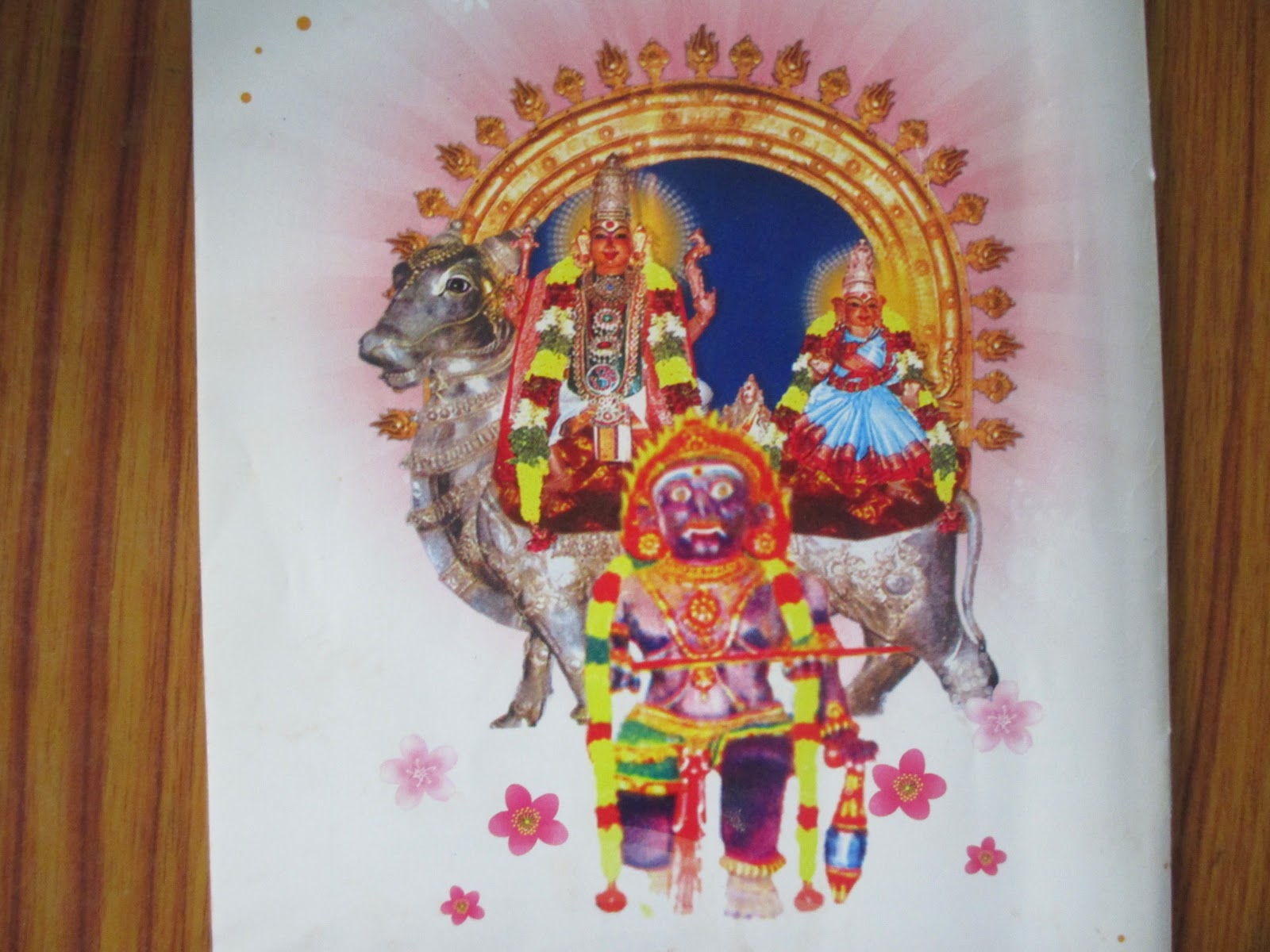 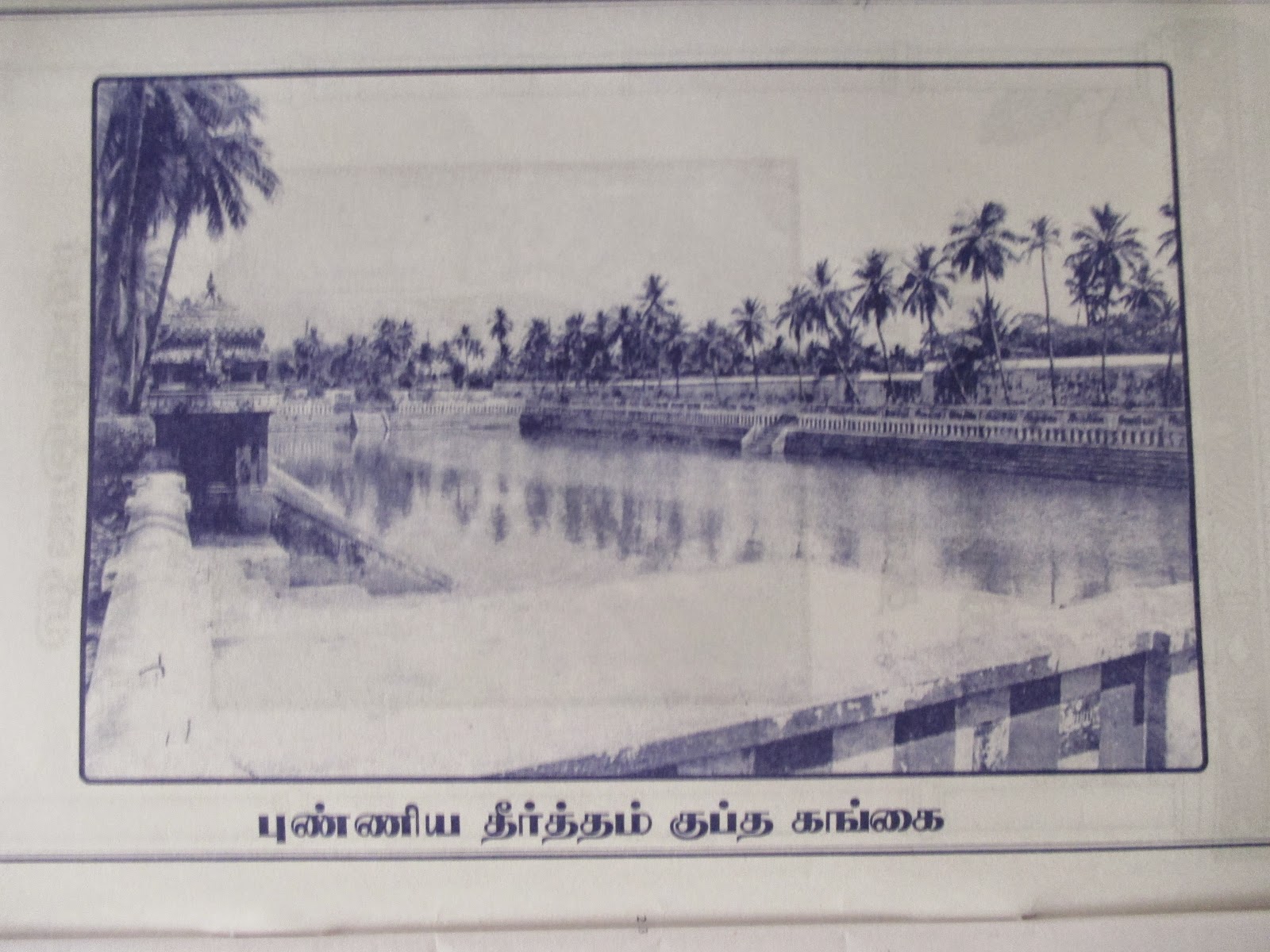