The history of Avudaiyar temple.


Avudaiyar temple was constructed by Saint Manickavasakar who was the chief minister of King Arimardhana Pandian.He was born in a brahmin family in Thiruvadhavur near Madurai.He learnt Tamil, Sanskrit & all other veda sastras at  very younger age & learned people admired his vast knowledge.The Ruler of Pandya Kingdom Arimardhana Pandian came to know about Manickavasaka & requested him to join his cabinet of ministers.After seeing his administrative capacity in handling country as well as neighbouring country affairs,he was soon elevated as the  chief minister in Pandya  Kingdom.                                                                                  In Mount Kailas, the abode of God Shiva & Goddess Parvathi  , one day 1000 Shiva devotees ( those who attend to the service of God Shiva lead by Sri.Nandhigeshwar - சிவ கணங்கள் )bowed before Shiva & Parvathi & requested God Shiva to teach them Sivagama Sastras.Seeing their earnestness in learning Agama Sastras,God Shiva agreed to teach them.They were asked to assemble in a hall near by.Shiva started to explain the sastras.All of them listened very carefully because it is a rare opportunity to learn the  Agama sastras & that too directly under Lord Shiva  Himself.At that time the king of Devaloga,Indhra was proceeding in a procession mounting on the heavenly elephant  Airavadha.One among the 1000 devotees got distracted from the vedic class & looking at the procession for some time.God Shiva noticed this & told that devotee that  he was attracted towards kingly life style , so he has to be born in the earth to enjoy that luxurious  life.Now the Shiva devotee realised his mistake & began to cry saying that how  he could leave the service of God Shiva & that would kill him.God  Shiva assured him that at the appropriate time,He would come to the earth to bless him & bring back to His service.                                                                                                            Accordingly the Shiva devotee was born in the earth.He learnt all  veda sastras at  a younger age & soon was appointed as a minister in by the ruling King.As he performed well in the king's cabinet he was soon elected as the chief minister. He earned both people's & king's appreciation.One day one of the king's  commander in the army,  told the king that they have to replace large number of  old horses & requested the king to send an expert to the neighbouring country's coastal city where  horses were brought from foreign countries.The king thought it would be ideal to send the chief minister himself & so deputed the C.M with gold coins sufficiently.The C.M departed for the coastal town.On the way he reached a place where he found  a Shiva temple.He took rest for sometime & entered the temple to worship.In the prakara mandapa, he noticed a learned gentleman teaching to many students veda sastras.He was very much attracted towards his teaching & approached him.He bowed before him & asked him to take him as his student.The gentleman agreed to this & started teaching him.Days  have been passing.The C.M directed his men to reach his king & inform  him that  with in few months he would reach the king's palace with the new horses.So the king's  officials left the C.M  & conveyed the matter to the king.Some of the photos  of Avudaiyar temple.Photo courtesy: Dinamalar magazine & Mega tv with thanks. 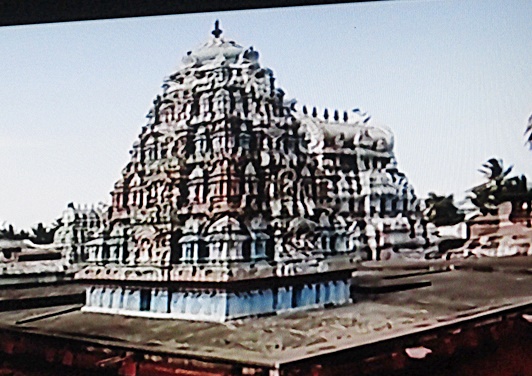 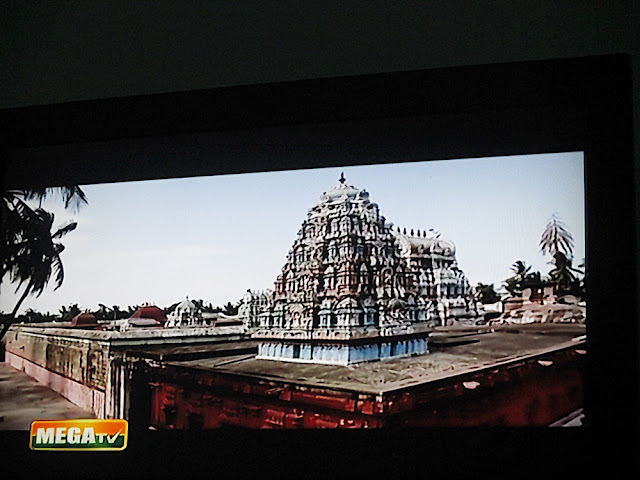 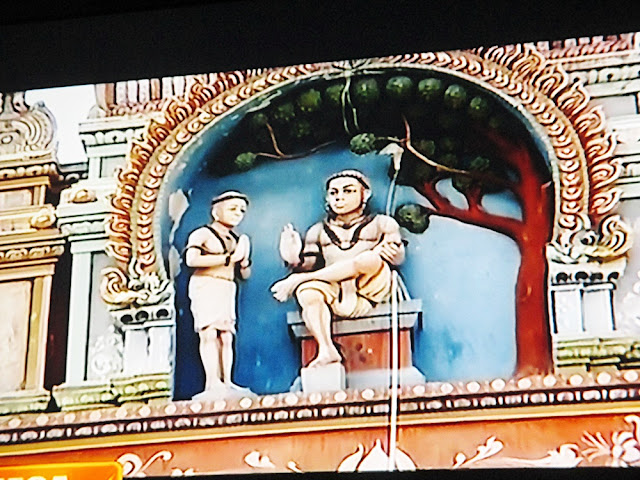 Shiva as a Guru teaching Manicavasakar. 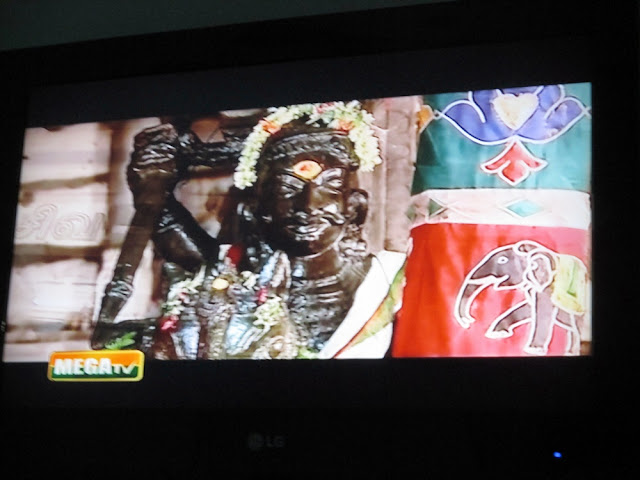 Shiva as a commander leading a  troupe with horses. 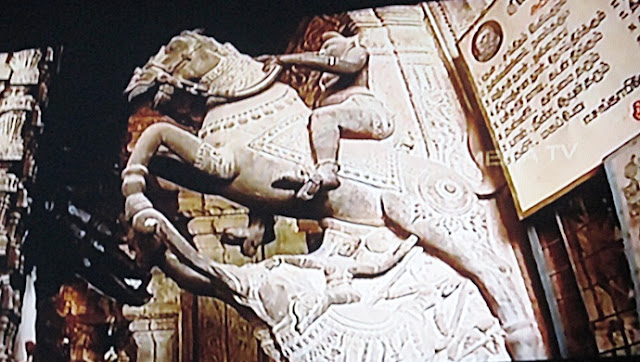 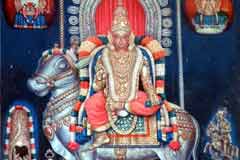