Posted by Learn kolam on October 18, 2015
This is one of the beautiful temples of Sri.Rama in Tamilnadu  situated nearby Salem.It is  around 20 kms in Salem  - Authur state highway, few kms from Salem - Chennai N.H( 4 lane).The legend is that Lord Rama stayed here one night on his way to Ayodya with Mother Sita,Laksmana,Anjaneya,Sugreva & Vibishana after killing Ravana.Sri.Rama's footprints are near the dwaja stamba( flag staff).The sculptures of this temple are excellent & speak themselves of such  an architectural beauty.The mandapa ( big hall ) constructed before the sanctum has ,musical pillars, a soldier killing a demon riding  a horse,a lion like animal, an elephant all are carved in a single pillar.This was constructed by the king Thirumalai Naicker. There is similarity  in sculptures of Tharamangalam Kailasanathar,Thiruchengode Arthanareeswarar & Murugan temples & also Thirumalainaicker mahal (Madurai),said to be constructed at the same time.But  Thiruchengode temple was visited by Saint Sambandar during 7th century.The temple is in a peaceful atmosphere.When you enter near the sanctum ,you would be in Ramayana period.Statue of Thirumalai Naiker is in the mandapa. 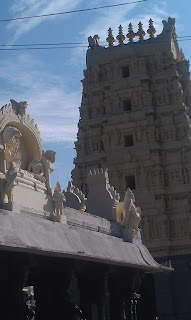 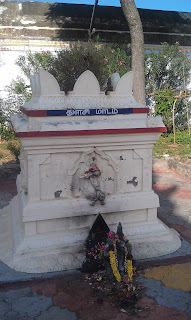 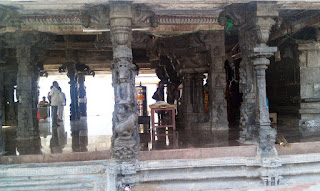 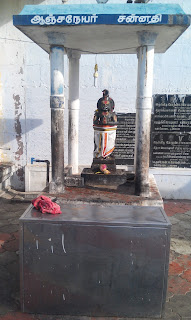 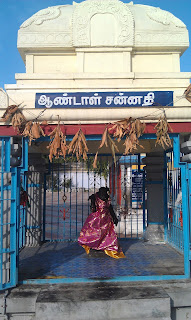 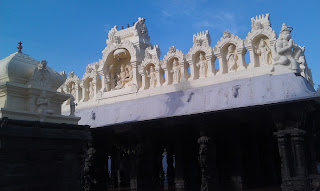 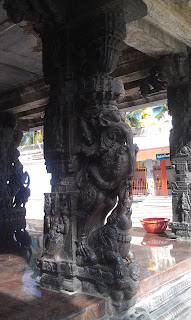 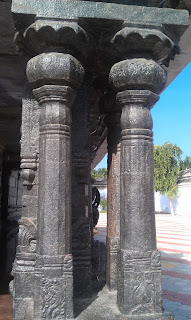 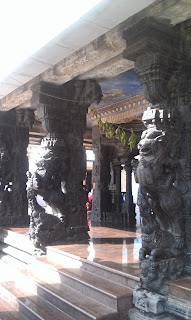 Many sculptures carved in  a single pillar 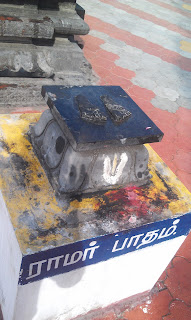 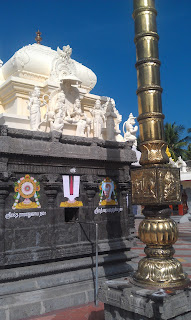 Idols photo from Dinamalar magazine with thanks. 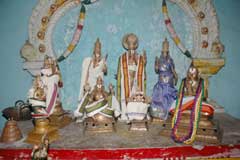 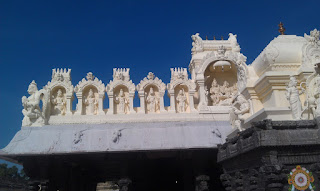 When we shared ourfriday pooja & Hridaya kamalam kolams, a reader asked me to share our friday pooja procedures in detail.So in this post,i have shared my wife’s method of doing Lakshmi pooja on Friday.I won’t say this is the authentic method.But my mom & my wife has been following this procedure for more than 40 years in our house each Friday.Now my daughter-in-law is also performing the same.In this post,i have written how to make Lakshmi poojai with Thiruvilakku poojai kolam,Hridayakamalam kolam and thiruvilakku pooja stotram/slokas along with 108 potri in tamil. i.e Archanai slokam in Tamil.I have tried my best to explain the pooja procedures.Hope u will find it helpful.I have attached all the sloka pictures from our book “ Jayamangala sthothram”. I have also typed the Shodasha upachara pooja sthothram in Tamil & English. If u want to use this pictures in your website,please ask our permission.Thanks for understanding.Please leave a comment here if its helpful for you…

Thirikadugam / trikatu churna ( திரிகடுகம் ) is a wonderful Siddha & Ayurvedic medicine which can be  prepared in our home. Last year, we saw a telecast programme on "Siddha & Ayurvedic medicines" titled as "parambaria maruthuvam"(பாரம்பரிய மருத்துவம் ) in Zee T.V Tamil channel by a well qualified & experienced Doctor Sri.Sakthi Subramanyam. He is continuing it in Sun T.V Tamil channel in the morning 8.30 am - 9 a.m slot.|Now this telecast is not there. His  daughter, also professionally qualified like him, assists him in the demonstration.We thank these two doctors ,who are giving a wonderful demonstration (practical) as well as the remedies for many diseases. They show every herb used in the preparation of the medicines & how to prepare these medicines. A lot of people asks remedies for many diseases- like diabetic, removal of kidney stones, liver related  problems like jaundice.In addition to this,they have also discussed the reason for delay in…